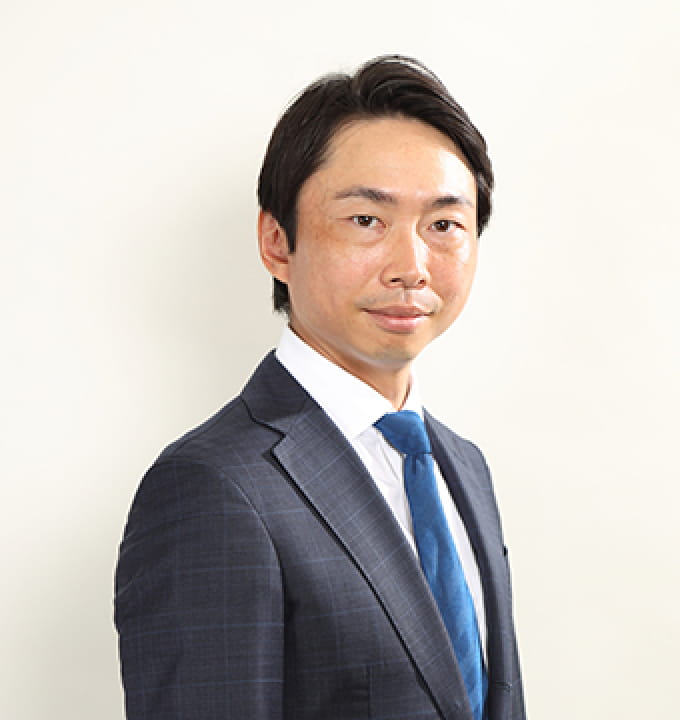 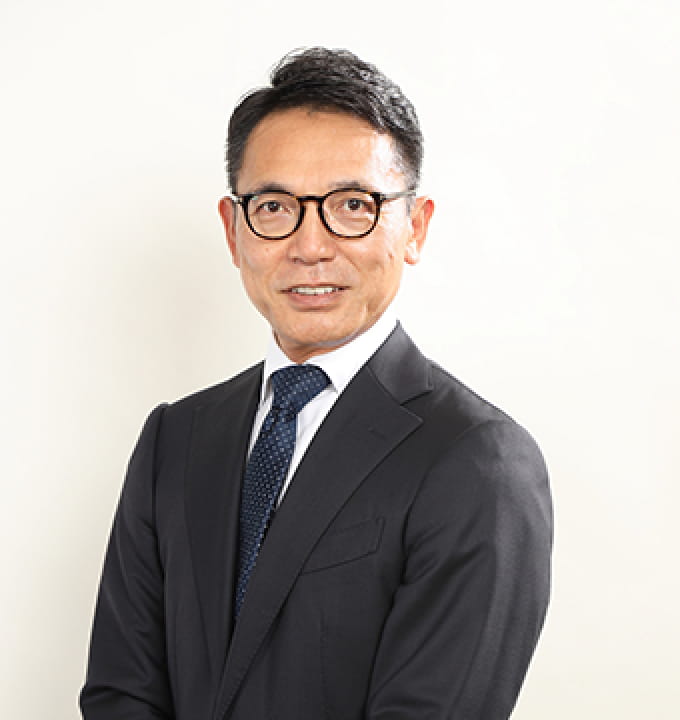 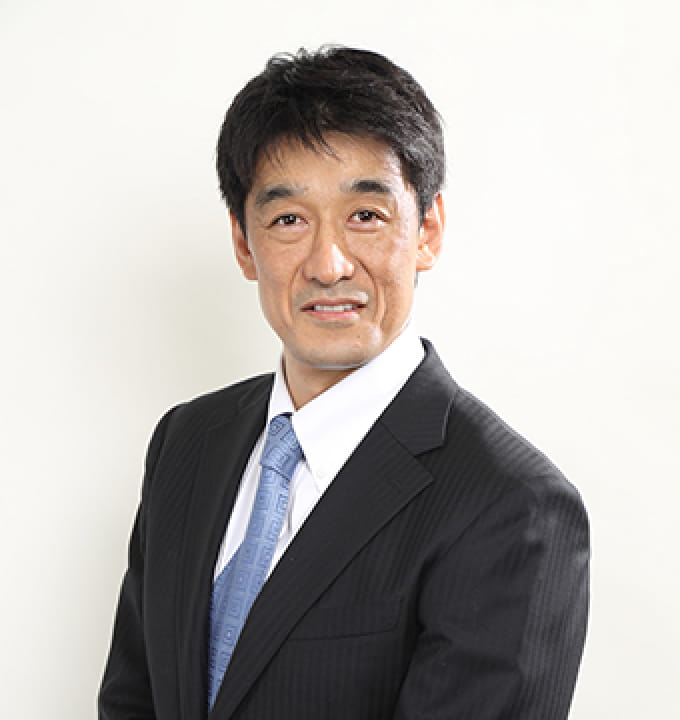 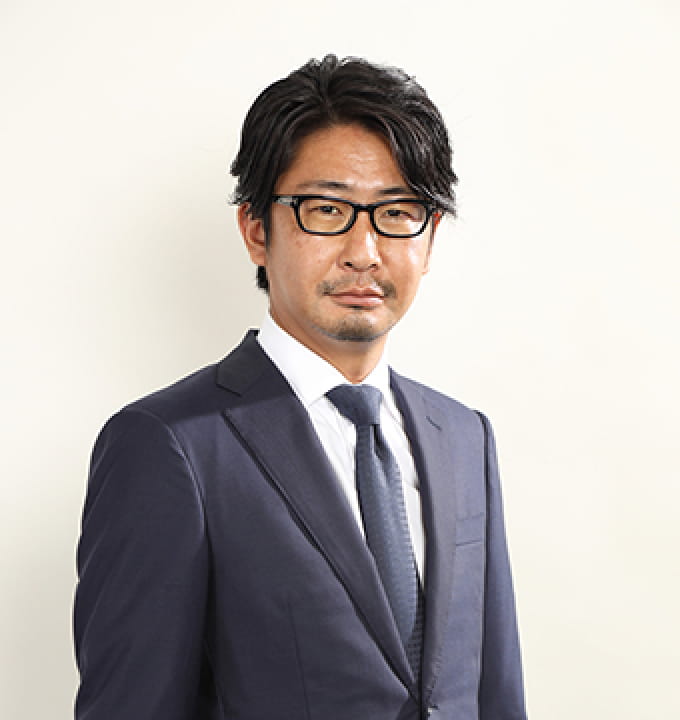 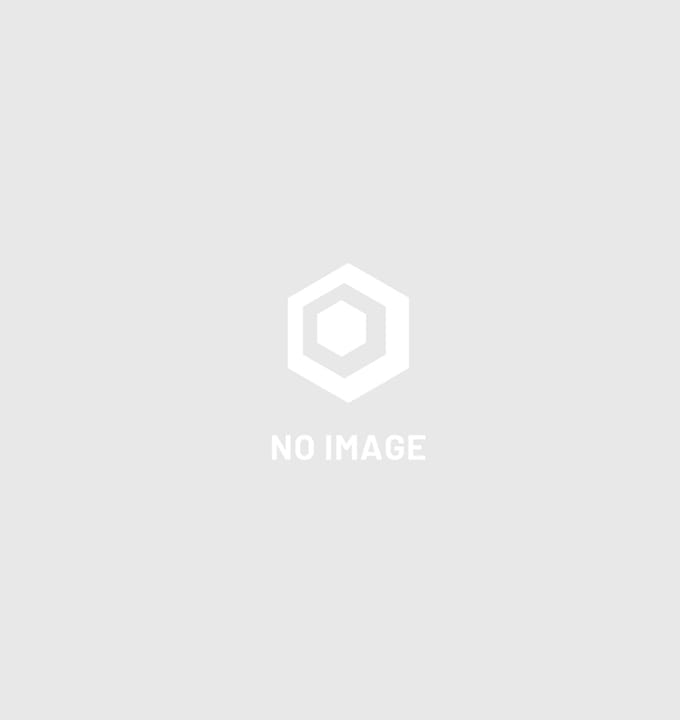 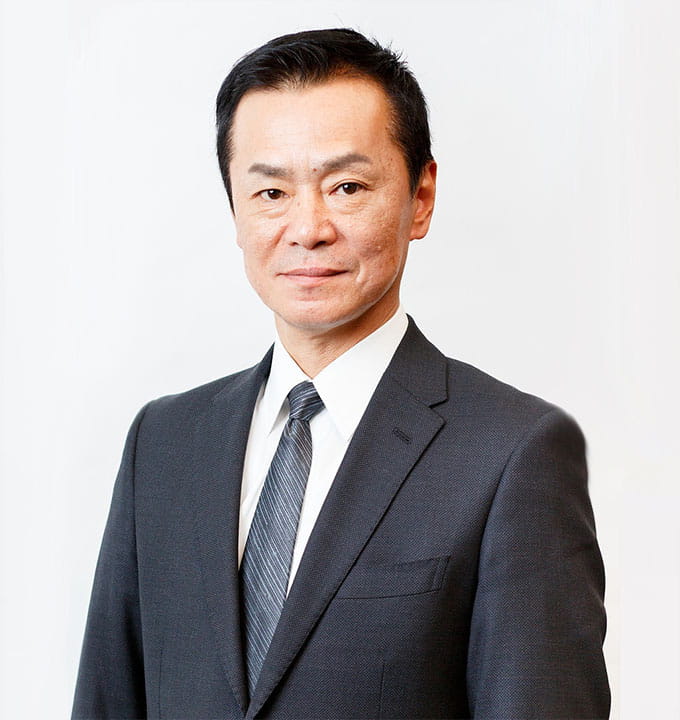 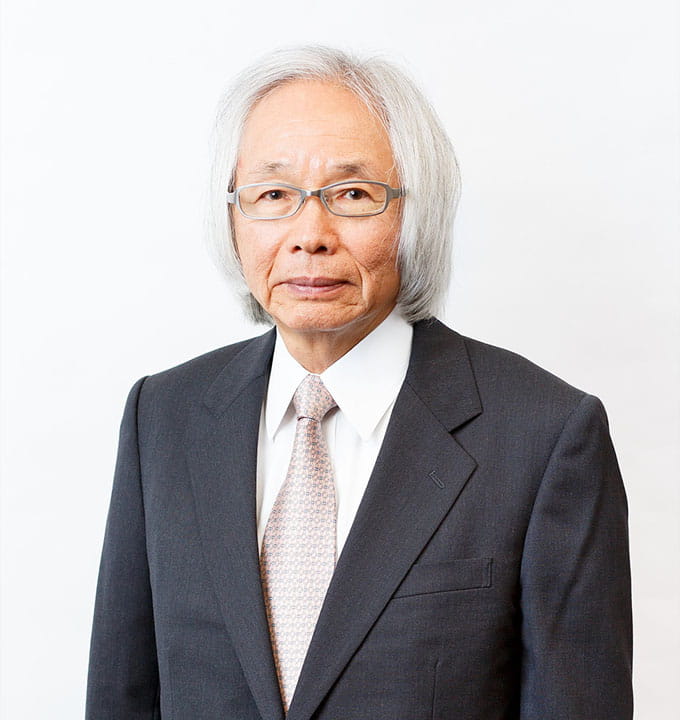 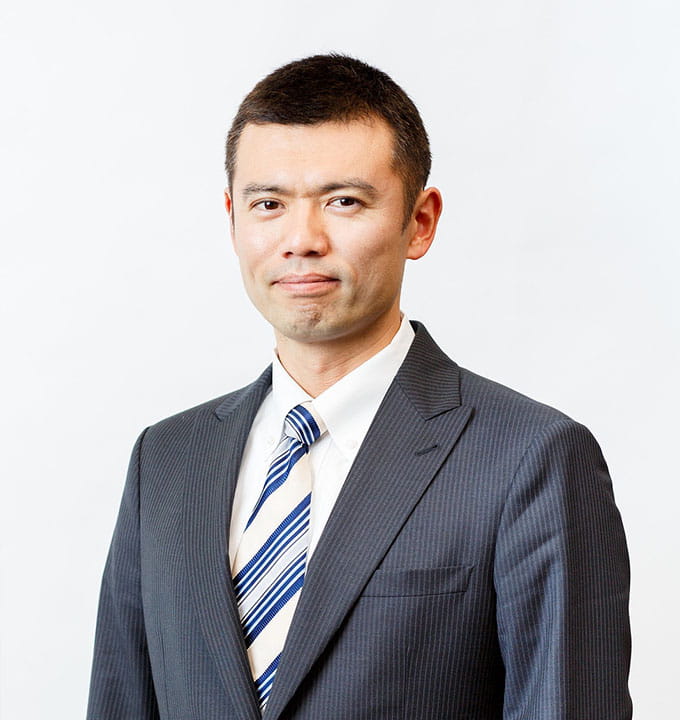 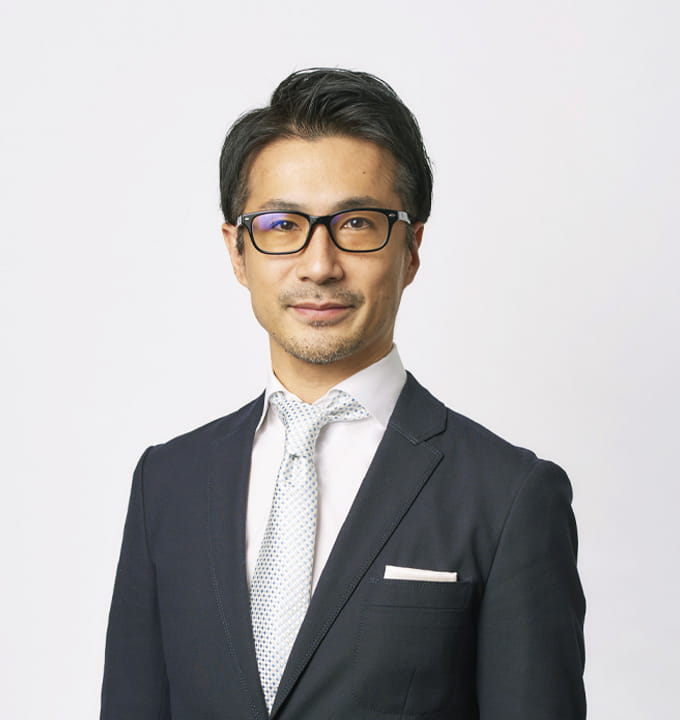 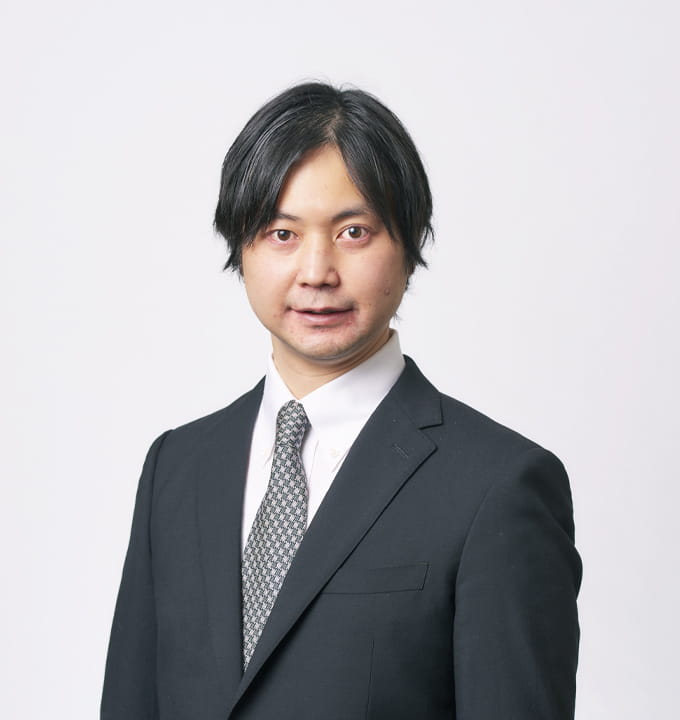 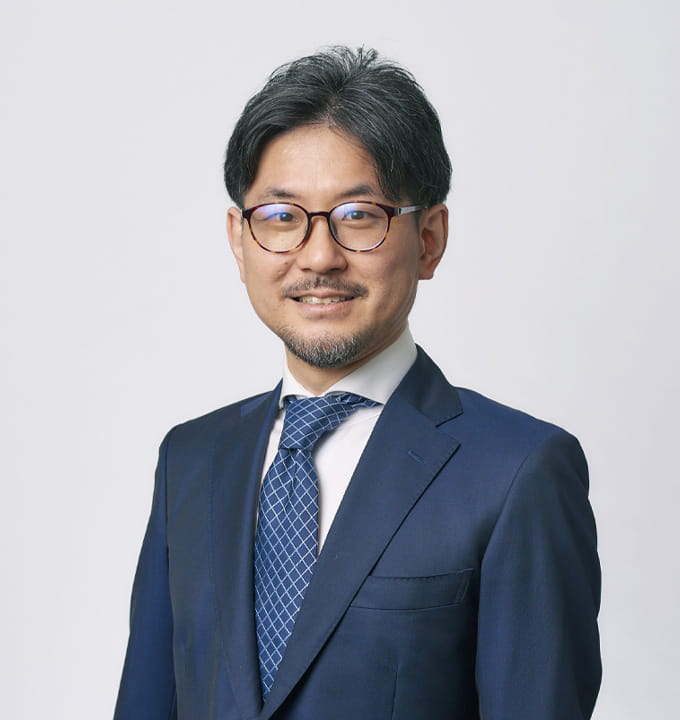 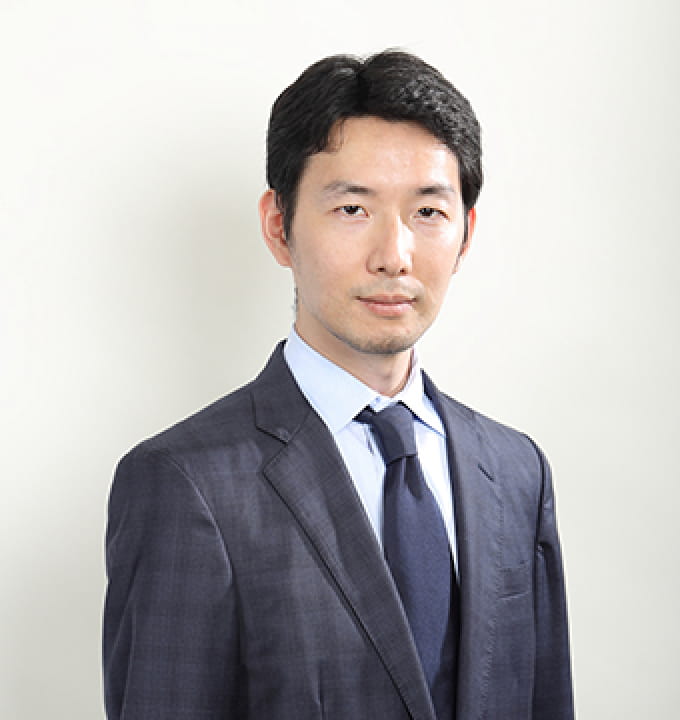 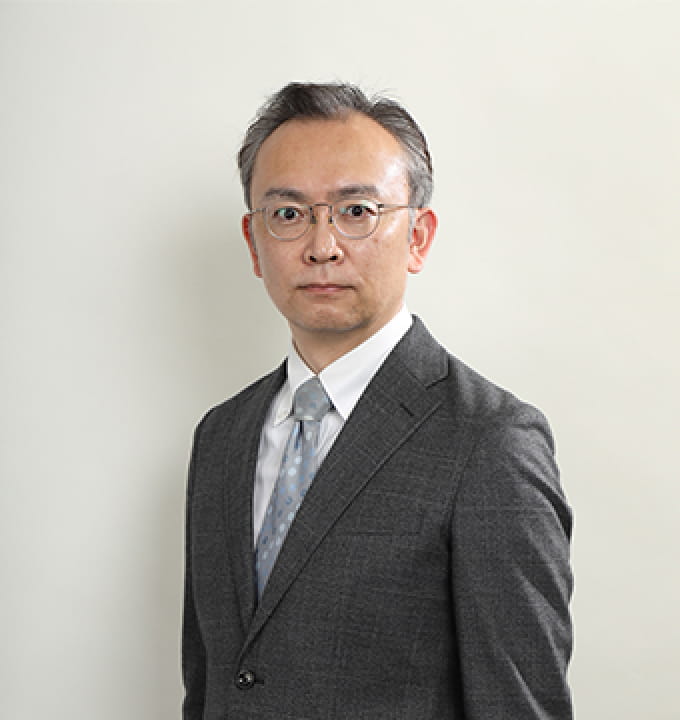 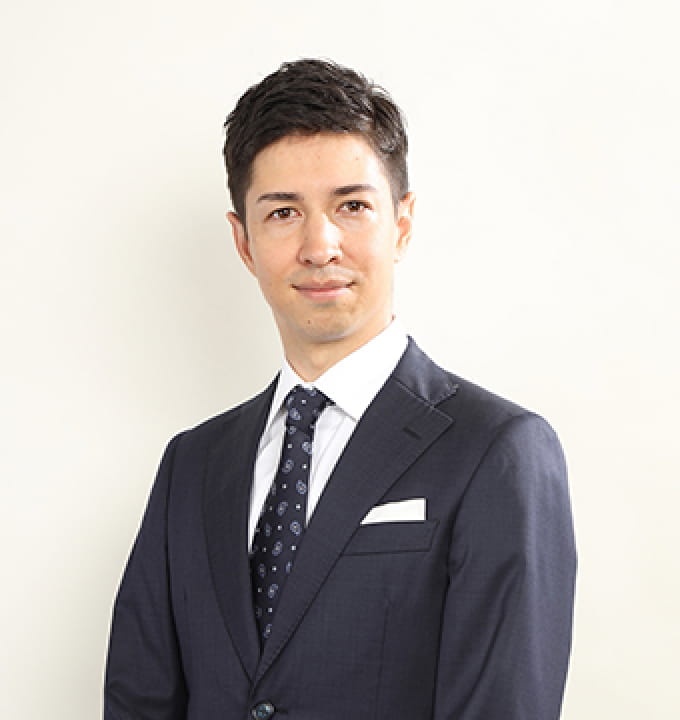 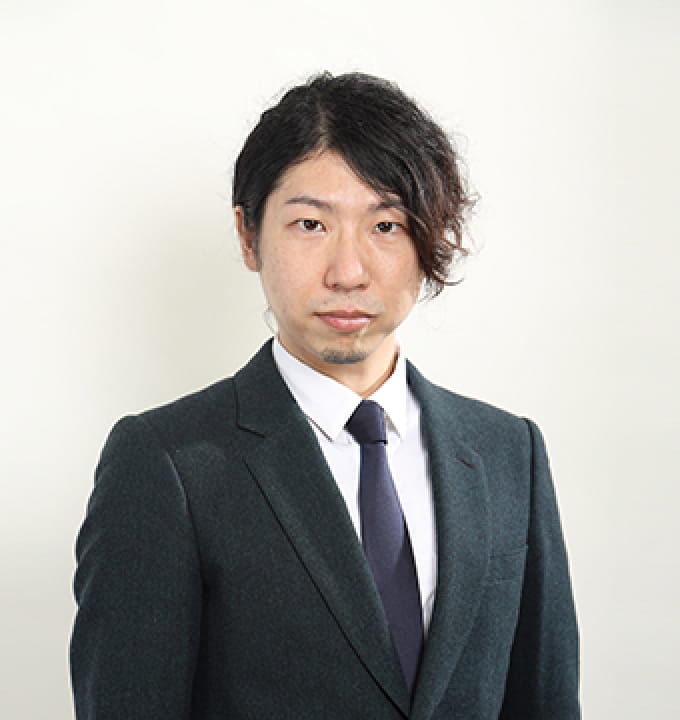 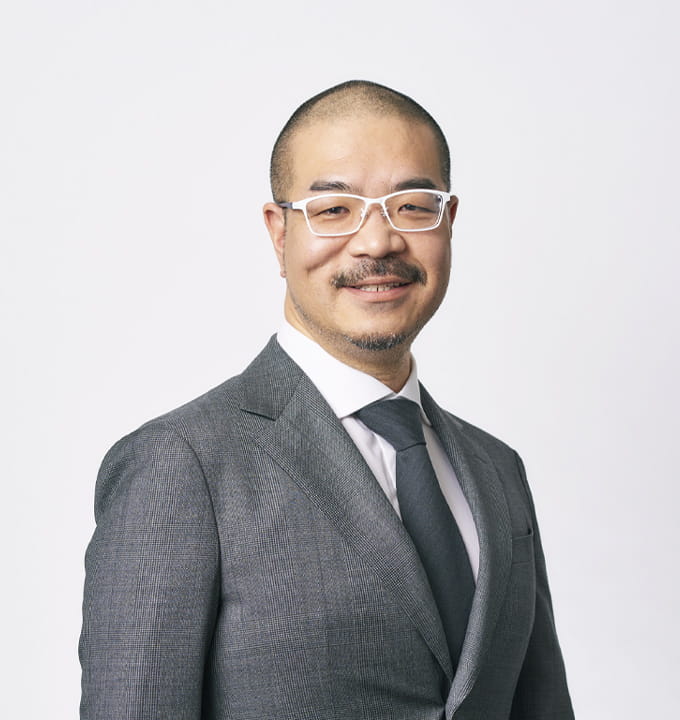 Executive Officer and CTO
(Chief Technical Officer)
Technology Office Manager
Akihisa Urushibara
President and Group CEO
Head of Global Commerce Division
Head of Incubation Division
Shota Naoi
Shota Naoi joined BEENOS in 2008 as a member of the CEO’s office to help found tenso, inc. (formerly Tenso.com, Inc.). He was appointed to CEO of tenso, inc. in 2012 and has led the “From Japan” Cross Border Business. Shota was appointed President and Group CEO of BEENOS in 2014 and has since led the Group’s new growth strategy in the Cross Border Business with the aim to create synergy within the group and with businesses we have invested in to create a global platform that connects Japan with the world.
false
Koji Nakamura
Vice President and Group CFO
Koji Nakamura
Koji Nakamura joined BEENOS as Corporate Auditor in 2003. He was appointed CEO of Netprice Finances in 2004 and integrated BEENOS’s administrative division in 2006. He was appointed Executive Director and Group CFO in 2012 and now presides over the administration of the Group.

Koji started his career in 1990 with Nomura Securities Co., Ltd. and has helped over ten companies with their IPO. From 1996 he versed himself in internet ventures and started a consulting business in 2001 where he helped business turnarounds and aided in public listings.
Shota Naoi
Taku Takeuchi
Director and Executive Managing Officer
Deputy Head of Incubation Division
Taku Takeuchi
Taku Takeuchi joined BEENOS in 2000 as the Chief Technical Officer to help develop the foundational structure of BEENOS’s business. He was appointed CEO of Defactostandard, Ltd. in 2007 and developed the product buy back service “Brandear” to be the leading service in the industry. He was appointed Director in 2009 and CEO of ShopAirlines, Ltd. in 2014 where he currently leads the “To Japan” Global Shopping Business. Prior to BEENOS, Taku worked at NTT Data as a developer for new businesses.
Koji Nakamura
Kenichi Sento
Director and Executive Managing Officer
Head of Value Cycle Division
Kenichi Sento
Kenichi Sento joined BEENOS to create a new mobile service in 2006. He then later developed products that collaborated with manufacturers, celebrity production offices and the media. He incorporated the business in 2012 as monosense, Ltd. where he acted as the CEO. He was appointed Director in 2014 and led the Retailing and Licensing Business until 2019. He was appointed President and CEO of Defactostandard, Ltd. in December 2019.
Taku Takeuchi
Naofumi Nishi
External Director
Naofumi Nishi
Naofumi Nishi joined BEENOS in 2020 as an External Director. He started his career with McKinsey & Company in 2004 and later joined Bain Capital Private Equity Asia, LLC in 2007 where he continues to hold a concurrent position. He has accrued ample experience from his tenure in a global investment company and has served in upper management in various companies including Macromill, Inc., Works Human Intelligence Co., Ltd., ADK Holdings Inc. and hey, Inc.
Kenichi Sento
Yasukazu Joho
External Director and Executive Auditor
Yasukazu Joho
Yasukazu Joho joined BEENOS in 2006 as an Auditor and was appointed External Director (Full-time Audit & Supervisory Committee Member) in 2015. Prior to BEENOS he had worked at Daiei, Inc. since 1979 and was the Director of the Finance Department and PR/IR Department as of 2005. He uses his rich background and expertise in finances to improve corporate health and transparency, and contributes to the fortification of our Corporate Governance.
Naofumi Nishi
Yoshindo Takahashi
External Director and Auditor
Yoshindo Takahashi
Yoshindo Takahashi joined BEENOS as an Auditor in 2000 and was appointed External Director (Audit and Supervisory Committee Member) in 2015. He started his career in 1962 with Nomura Securities, Co. Ltd. and transferred to Nomura Research Institute, Ltd. upon its establishment in 1966 and worked his way up to Vice President in 1994. He currently holds a position at Executive Partners Inc. as a Corporate Adviser where he has been since 2000. He utilizes his vast experience and knowledge in all aspects of corporate management to improve corporate health and transparency, and contributes to the fortification of our Corporate Governance.
Yasukazu Joho
Kibo Kondo
External Director and Auditor
Kibo Kondo
Kibo Kondo joined BEENOS in 2000 and was appointed External Director (Audit and Supervisory Committee Member) in 2015. He established his own CPA firm in 1996 and later founded ZEON Consulting Co., Ltd. to provide a high quality and more specialized tax service in 2000 where he currently serves as the CEO. His high level experience as a CPA helps improve corporate health and transparency, and contributes to the fortification of our Corporate Governance.
Yoshindo Takahashi
Yoshikazu Tamaya
Executive Managing Officer
Head of Entertainment Division
Yoshikazu Tamaya
Yoshikazu joined BEENOS in 2008 to take part in the startup of its BtoB business in China then later helped found monosense, Ltd. in 2012. He acted as a Director in the company where he spread its business domains to the licensing and entertainment industries. He concurrently holds a position as a Director in BEENOS Entertainment Inc. as of 2020 and was appointed Executive Managing Officer that same year where he heads the Entertainment Division. Yoshikazu started his career in 2002 for a large consulting firm where he took part in various types of business matters as a consultant.
Kibo Kondo
Sei Sato
Executive Managing Officer
Deputy Head of Global Commerce Division
Sei Sato
Sei began working to develop businesses for BEENOS while he was attending college and officially joined BEENOS in 2009. He created the foundation work for tenso, inc. just after it was founded and took part in virtually every portion of the business. He was put in charge of the proxy purchasing service, Buyee, since 2012 and contributed to it becoming the largest Cross Border EC businesses in Japan. He was appointed director of tenso, inc. in 2017 and was promoted to COO in 2019 where he manages all operations. He was appointed Executive Managing Officer of BEENOS in 2020 and will oversee both the FROM JAPAN and TO JAPAN businesses as deputy head of the Global Commerce Division.
Yoshikazu Tamaya
Eizo Miyasaka
Executive Managing Officer and CHRO
(Chief Human Resources Officer)
CEO Office Manager
Eizo Miyasaka
Eizo Miyasaka joined BEENOS in 2008 and participated in the founding of tenso, inc. He was appointed as a director that same year and contributed greatly in growing the Cross Border EC business as the No. 1 company in the industry. He was appointed manager of BEENOS’s CEO’s Office as of 2018. He was appointed as Senior Executive Officer in 2019 and oversees the Recruiting, PR and Secretary sections of BEENOS.

Eizo started his career in 1998 at a major apparel manufacturing brand in foreign licensing. He later switched to a consulting firm as a consultant and in 2005 contributed in the startup of a US fitness chain business in Japan.
Sei Sato
Hisanori Matsuda
Executive Officer and CFCO
(Chief Financial Control Officer)
Corporate Development Office Manager
Hisanori Matsuda
Hisanori Matsuda joined BEENOS in 2011 to support the Group’s growth from the accounting side of business by handling the financial statements of subsidiaries, consolidating statements and creating public releases. He has led the Group’s entire accounting and finances when he was appointed Head of the Accounting and Finance Office. He was appointed Executive Officer in 2014 and is in charge of Accounting and Finance, Corporate Management and Investor Relations. Prior to BEENOS Hisanori was in an auditing firm since 2007 working in legal audit, due diligence and IPO support.
Eizo Miyasaka
Takashi Otsuki
Executive Officer and CRMO
(Chief Risk Management Officer)
Risk Management Office Manager
Takashi Otsuki
Takashi Otsuki joined BEENOS in 2013 as a part of the Corporate Planning Division. He was appointed to Head of the BPR Office in 2014 and became versed in management through evaluating internal control and IT structures. He was appointed Executive Officer in December 2016 and manages the administration of the Risk Management Office. Takashi started his career in 2000 with Fujitsu Business Systems (currently Fujitsu Marketing Limited) working in accounting and BPR. He joined Fast Retailing Co., Ltd. in 2008 and worked on internal control and performance auditing.
Hisanori Matsuda
Taiyo Kasamatsu
Executive Officer and CBO
(Chief Brand Officer)
IR Office Manager, Investment Strategies Office Manager
Taiyo Kasamatsu
Taiyo Kasamatsu joined BEENOS after finishing his bachelor’s degree in 2010 and was assigned to ShopAirlines, Ltd. He took part in a wide range of responsibilities from customer service to the planning of new services. He was promoted to Manager of Marketing in 2015. He transferred to BEENOS’s CEO’s Office in 2018 as the Manager of the Recruiting section and constructed a branding strategy in BEENOS’s recruiting process, designed a system that transcends the Group and is in charge of maintaining a good office environment. He was appointed as Executive Officer in 2019 overseeing the sector in charge of domestic and international investments.
Takashi Otsuki
Hayato Kamei
Executive Officer and CLAO
(Chief Legal Affairs Officer)
Legal Affairs Office Manager
Hayato Kamei
Hayato Kamei started at BEENOS as a part time employee for tenso, inc. in 2013 after he finished his degree at law school. He took part in the customer service for Buyee since its inception. He transferred to the Office of Legal Affairs of BEENOS in 2014 where he started taking care of the legal affairs of the Group. He was promoted to Manager of the same Office in 2018. The Office of Legal Affairs oversees all legal matters the Group encounters when trying to expand their services on a global scale and creating new businesses. He will continue to oversee the Legal sector of the Group as Executive Officer as of 2019 and will aim to improve the Group’s compliance functional capabilities.
Taiyo Kasamatsu
false
Executive Officer and CTO
(Chief Technical Officer)
Technology Office Manager
Akihisa Urushibara
Akihisa joined BEENOS as part of an M&A where he sold his development contractor, academic-industrial cooperation project and patent application businesses to BEENOS in 2015. He became an executive officer of tenso, inc. in 2016 and BeeCruise Inc. in 2018. In 2019 he was appointed CTO of BeeCruise Inc and has transferred to become an executive officer of BEENOS Inc. and CTO in 2020 where he is responsible for overseeing the technical development of the BEENOS Group. Akihisa started his career in 1996 at Sler where he took part in the development of many projects until he later became an independent developer. He founded the R&D and development contractor business in 2004.
Hayato Kamei
false